Solange Azagury-Partridge, one of Britain’s most famous jewellery designers, adores extraordinary colours which dictate the choices of gemstones that she uses in her bold and joyful creations.

Solange, a former Creative Director of Boucheron in Paris who is now based in west London, designs exquisite colour-driven jewels that embrace so-called “extreme craftsmanship.”

“When I use colour, the design is about colour – not about the stone,” she says.

“When I find the colour, I then need to find the stone.

“A lot of my pieces have multiple craftspeople associated with them – enamellers, setters, platers, carvers, and so on.”

Solange’s sumptuous showroom, which she designed, is a bold statement of exotic colour combinations, also reflected in the pop-inspired jewels of her brand Solange.

She surrounds herself with vibrant colour in every object and furnishing, in the most daring combinations.

She simply designs pieces that she likes, in the belief that others will like them too, like her celebrated “hotlips” rings.

The first jewel that Solange designed was her own engagement ring in 1987, a simple gold band with an uncut diamond.

She wants her jewellery to be as rich as it can possibly be.

“I want jewellery to be a joyful addition to people’s lives. That’s what jewels should be,” she says.

Solange travels often to New York City, where she has a boutique on East 68th Street.

In Paris, her jewels are on permanent display at the Musee des Arts Decoratifs, near the Louvre, and in London, they are on show at the Victoria and Albert Museum.

Paris is a familiar destination for her after her time there as Creative Director of Boucheron more than a decade ago.

She initially worked at London costume jewellers Butler & Wilson, before moving to 20th century antique dealer Gordon Watson, where she developed an interest in vintage jewellery.

A self-taught designer, Solange’s work has evolved over the years, to highly sophisticated, sometimes statement pieces, lush with colours in standout combinations.

Solange’s latest collection, “Scribbles”, was inspired by her scribbles around her jewellery designs, and include pieces such as her Orange and Pink Ring, set with a fire opal.

Solange designs bespoke jewellery, working closely with her private clients, many of whom come back to her time and time again. She loves to use alternative materials in her jewels, while her love of natural coloured gemstones and precious metals is paramount.

Her favourite colour is green, and her love of emeralds comes through in many of her most succulent jewels. Solange also loves diamonds in brown and cognac colours.

One of her most admired jewels, the “Platonic” necklace, features black, grey and white geometric diamond slices, a typical example of her unique approach to design.

Solange loves ceramics, and enamelling and lacquering, which are very labour intensive and produce a powerful effect. She has used titanium, which is hard to work with, but light to wear and ideal for earrings.

She made jewellery for the 2014 witch-themed movie “Into the Woods” starring Meryl Streep, and she designed a ring for the film “Snow White and the Huntsman”, worn by the Evil Queen played by Charlize Theron. 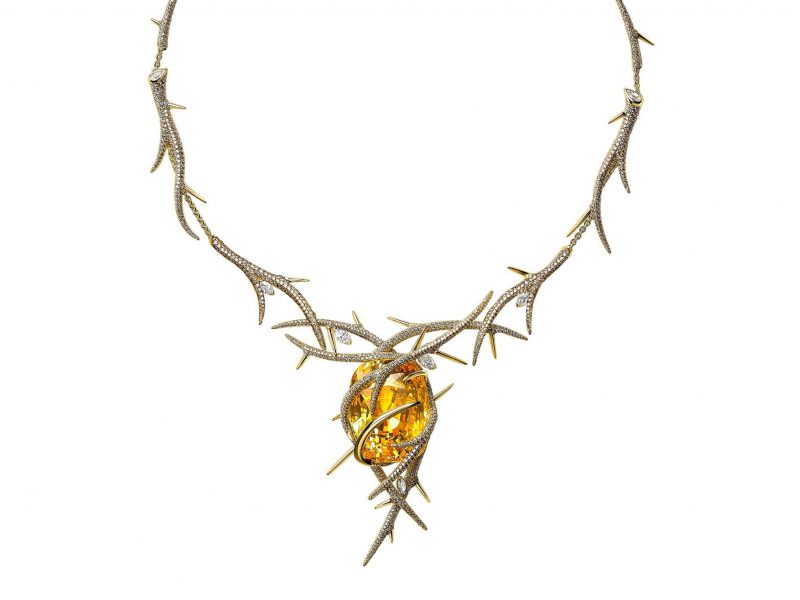 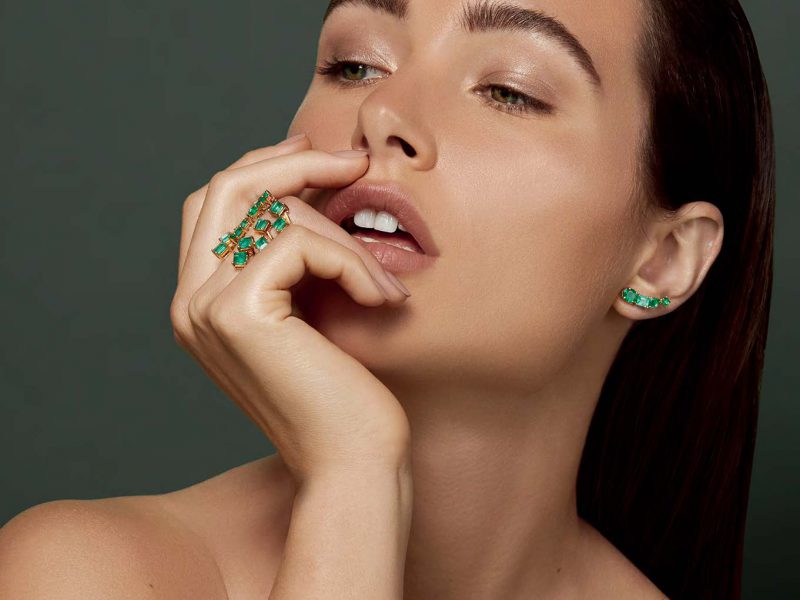 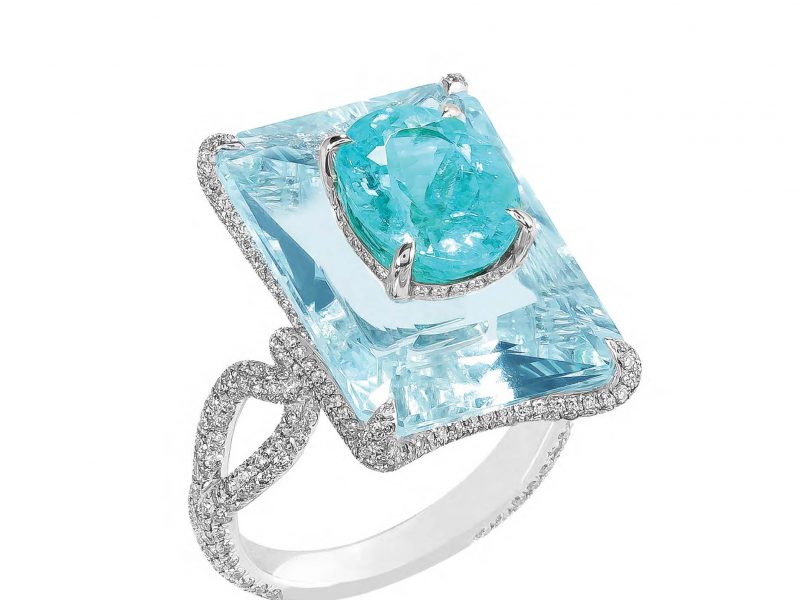 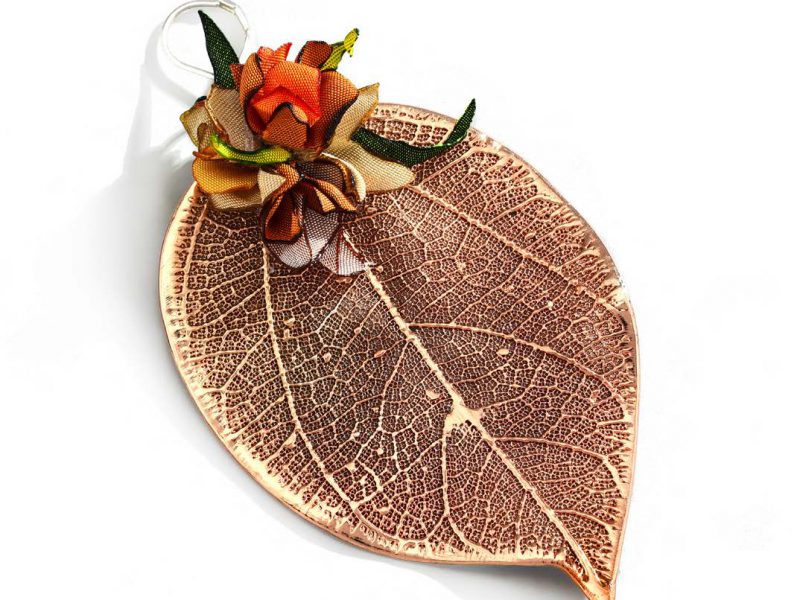